As the latest immigration queues at European airports have shown in the last few days, air travel can be a tiresome process in these early throes of the 21st century. The security checks, the passport lines, the interminable amount of time it can take for your bags to be disgorged from the belly of the aircraft at the other end. Add in a cab ride to your hotel and, well, it can all take many hours indeed.

Going abroad by rail is often held up as a magic bullet which removes all the stresses of a day at the airport. It isn’t, and it doesn’t. But there is certainly a case for considering a train rather than a plane. With mainline stations conveniently located in city centres, briefer security measures and check-in windows which generally demand that you turn up one rather than three hours in advance, an express service along the tracks can, in some circumstances, be as swift, from door to door, as flitting through the clouds.

Well, obviously, a train won’t work for a trip to New York or Buenos Aires, and you would be hard pushed to argue that it’s a quicker way to reach Beijing. But the following 10 short-haul European cities are all arguably as easy to reach in Carriage J as they are in Seat 34B. 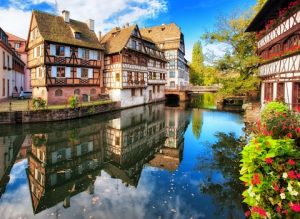 Why go? France’s most easterly major dot on the map revels in both Gallic and German influences (it was German between 1871 and 1918) – a merry combination that was pivotal in the Neustadt district (built under German rule) being added to the city’s Unesco World Heritage inscription last month. The very core of town if, of course, very French indeed – and the cathedral, Notre Dame, is one of the country’s most dramatic. 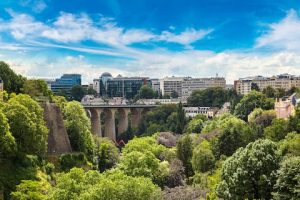 Why go? Often dismissed as a bolthole of banking and bureaucracy, Luxembourg City tends to surprise those who lay eyes on it in person. It is an unexpectedly pretty place, laid out above and down the flanks of a steep gorge at the point where the Pétrusse and Alzette and rivers meet. Posh shops abound on the Rue Philippe II, while inviting restaurants and inviting cafes dot the fringes of the central square, the Place Guillaume II.

Cologne Cathedral is a world wonder 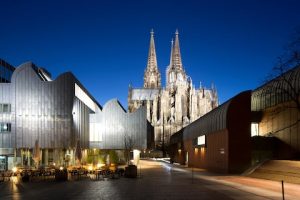 Why go? Arguably the most attractive city in Germany (though Munich and Dresden are welcome to dispute this), Cologne sits regally on the banks of the Rhine. This is all part of its appeal. You can find a raft of excellent eateries along the waterside drag of Am Frankenturm and superb modern art at the Museum Ludwig (museum-ludwig.de), while the cake is iced by the Dom – the cathedral which was once the world’s tallest building.

Antwerp has an essential Belgian grandeur 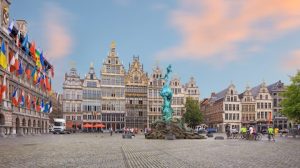 Why go? Tucked up into the far north of Belgium, so much so that it almost falls over the border into the Netherlands, Antwerp is oddly accessible by train (Eurostar sells an “Any Belgian Station” ticket which means Antwerp or any other city in the country is priced the same as a ride to Brussels). Take advantage of this and you can perhaps buy a gem or two in the Diamond District – which, as the name suggests, is alive with luxury jewellers. 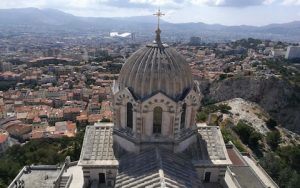 Why go ? Marseille is crowned by Notre Dame de la Gard. Increasing numbers of visitors are discovering the bars and restaurants of the Vieux Port, the beauty of the basilica of Notre Dame de la Garde on its craggy hilltop, and the geographical grandeur of the nearby Parque National des Calanques, where sheer limestone inlets pierce the coastline (calanques-parcnational.fr).

Bordeaux is about more than wine 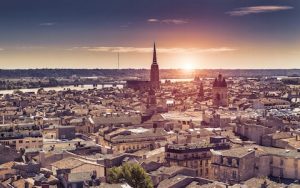 Why go? Wine, wine and more wine. Bordeaux’s position as France’s viticultural capital needs no introduction. But it has certainly been enhanced by the opening, in May last year, of the Cité du Vin (laciteduvin.com) – the glorious new museum which celebrates the city’s devotion to the grape. Of course, with good wine comes good food. Bordeaux also excels on this front – not least along the famous restaurant drag of Rue Saint-Remi.

The Erasmus Bridge is a Rotterdam focal point 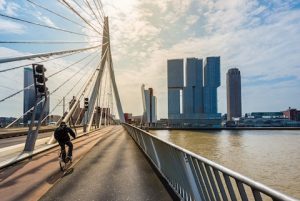 Why go? Like Marseille, Rotterdam has been slowly shaking off its reputation as a gritty port with little to offer beyond shipping containers and cranes. The Museum Boijmans Van Beuningen (boijmans.nl/en) is an artistic treasure trove which runs the gamut from Brueghel the Elder to Salvador Dali – while the enormous cable-stayed Erasmus Bridge, which resembles a swan rearing its neck, gives the city a beauty that goes unappreciated.

Zurich has a picturesque waterside location 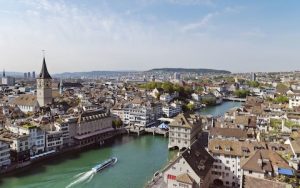 Why go? Switzerland’s cities are also often assailed with the same assumptions that drag Luxembourg into the box marked “boring”, but Zurich has a good deal to offer weekend visitors. For one thing, it has its waterside location – pitched, naturally, at the very north tip of Lake Zurich. For two, you have the likes of Zurich West – a former industrial area of town which has found new purpose in the 21st century, all food markets and boutiques.

Stuttgart is home to the Porsche Museum 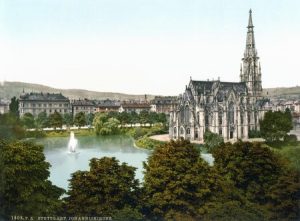 Why go? Never usually included on the chart of must-see German cities (it surely ranks below Berlin, Munich, Cologne, Hamburg and Dresden on bucket lists), Stuttgart’s rail accessibility from London makes it a left-field option for a weekend away. For fans of cars in particular. The city is home to museums which salute Porsche (porsche.com/museum/en) and Mercedes Benz (mercedes-benz.com/en/mercedes-benz/classic/museum).

Montpellier likes to be (almost) beside the seaside 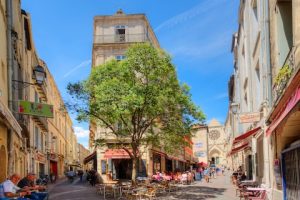 Why go? One of France’s hidden jewels (if you can describe a city of 600,000 people, and France’s eighth largest, as “hidden”), Montpellier combines architectural elegance (its Antigone district, with its neoclassical buildings, is especially photogenic) with a near-Mediterranean location. It sits about 10 miles inland – meaning a dash into the waves on sandy crescents such as Carnon-Plage is a very plausible use of an afternoon.

Paris in Autumn: 9 things to do in Paris in Fall