The Basque Country – A Great Experience

The Basque Country – A Great Experience The Basque Country has long been an unexplored region in northern Spain and southern France. The name given to the home of the Basque people in the western Pyrenees that straddles the border between France and Spain on the Atlantic coast. Locally known as Euskadi or País Vasco – has its own language, its own culinary traditions.

It’s one of Europe’s oldest and most culturally rich regions, it has a lot to offer visitors. From modern cities, medieval villages and green landscapes to world class cuisine and Spain’s best wine region – the Basque Country has something for everyone.

The Basque provinces  are Álava, Biscay and Gipuzkoa.

It’s a place that demands exploration beyond the delightful and cosmopolitan main cities of Bilbao, Vitoria and San Sebastián. You travel through the Basque Country always curious, and frequently rewarded.

But let’s be basic first 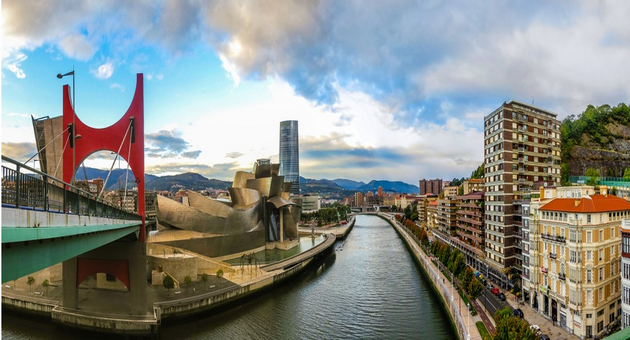 Bilbao is a captivating contradiction of old and new. Such buildings as the striking new Guggenheim Museum are set against the stunning Gothic architecture of Casco Viejo (the ‘Old Town’). This impressive building designed by the architect Frank Gehry, is considered to be one of the most important structures of contemporary architecture. Much like the rest of the Basque Country, Bilbao is constantly evolving. While the city is embracing the future, it is also conserving its past and there is plenty of old Bilbao to be discovered.

Sample delicious Basque cuisine with the tasty pintxos served in Bilbao’s many tapas bars and taverns, especially in Casco Viejo (old town).  You can also try variations on traditional dishes such as marmatiko and pisto, enjoyed with the region’s famous txakoli wine in Bilbao’s excellent restaurants.

Rent a car and have a road trip to 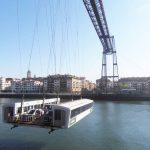 Vizcaya Bridge is a transporter bridge that links the towns of Portugalete and Las Arenas (part of Getxo) in the Biscay province of Spain, crossing the mouth of the Nervion River. It was declared  a World Heritage Site by UNESCO. UNESCO considers the bridge to be a perfect combination of beauty and functionality.

Distance: About 18min away from Bilbao by car 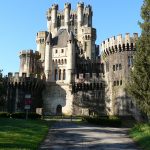 Distance: About 20km from Bilbao

Sopelana is a suburb to the city of Bilbao. Coming from a history of mostly farming activites, Sopelana has turned itself into an upscale suburb with splendid beaches for surfing.

Distance: About 17km from Bilbao. You can reach with metro station as well. 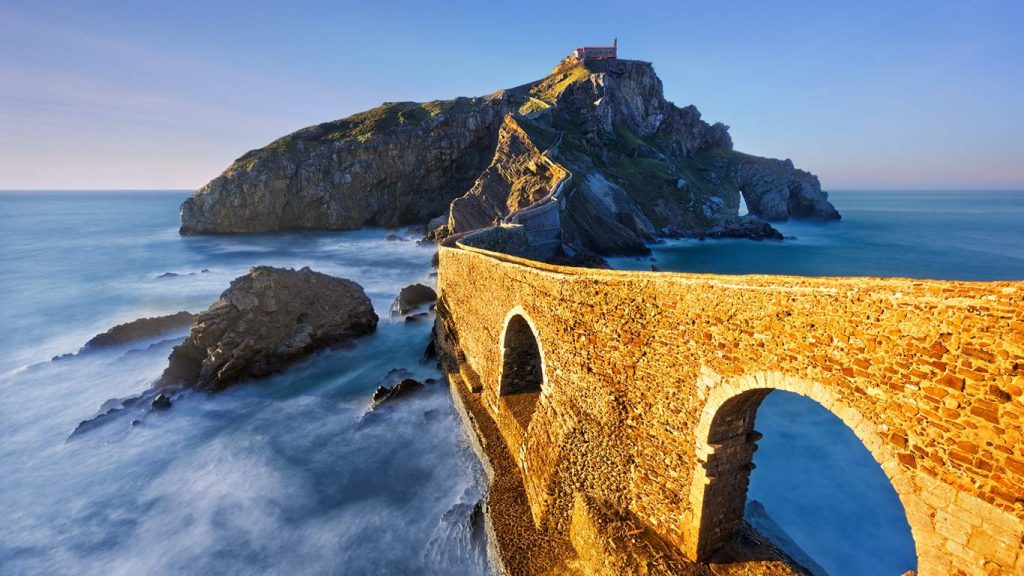 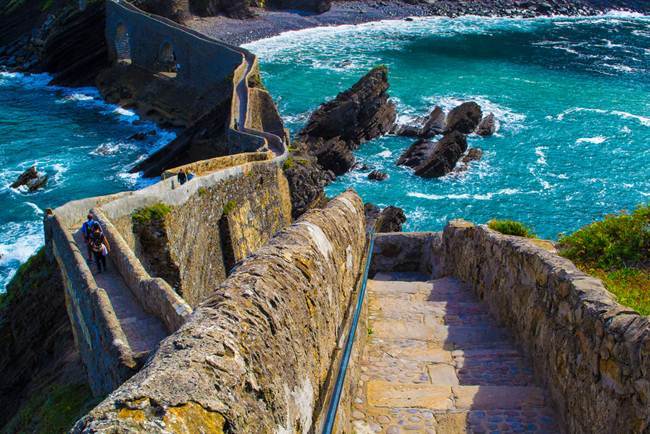 San Juan de Gaztelugatxe is a historic passage. The climb down the hill, across the bridge and up to San Juan de Gaztelugatxe is a small adventure that will handsomely reward you with truly impressive views. The ocean can be particular rough in this area and the waves really crash against the rocks of the island, adding to its awe-inspiring beauty. If you think it looks cool in the photos, just wait till you experience it in person.  There has been filmed scenes of fantasy series of Game of Thrones.

Distance: About 35km from Bilbao.

Is a surfing location considered one of the best lefts of the world.

Distance: About 12km from San Juan de Gaztelugatxe and 37km from Bilbao

Caves that have prehistoric paintings and artifacts. They are near the small village Kortezubi. Though closed to the public, you can have a private tour.

Distance: About 17km from Mundaka.

The Painted Forest, an open-air museum.  There is no admission fees. 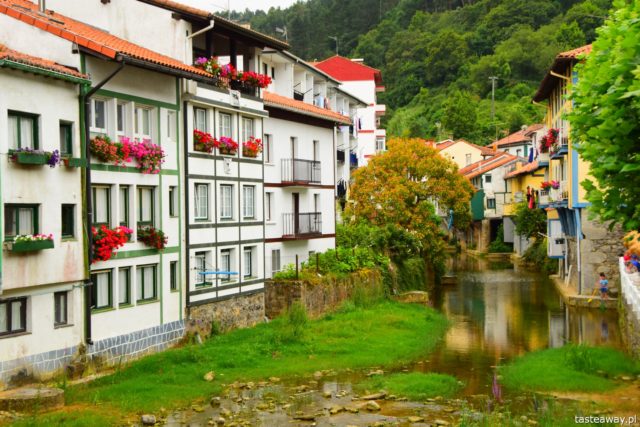 Ea is a cosy and small town located in Busturialdea region. Its beach and beautiful views of the sea make of Ea an excellent place to go for strolls. 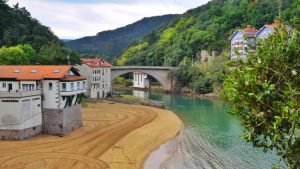 The town of Lekeitio on the Basque coast is located halfway between Bilbao and San Sebastian. Lekeitio is a beautiful and unique town because of its geography. It is sitting right at the mouth of the Lea River. When the river meets the ocean, it forms a stunning landscape with a sandy beach on each side of the river’s mouth and the island of San Nicolás is situated right in the middle. In addition, this landscape changes completely with the tide. San Nicolás Island is accesible by foot during low tide, making it quite a special spot to go for a walk and explore.

Distance: About 20km from Bosques de Oma or 70 km from Bilbao 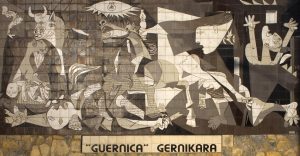 It was this town that was bombed in 1937, the events of which inspired Picasso’s most famous piece of art – “Guernica.” The bombing almost entirely destroyed the city and many civilians perished. Guernica also holds great political importance since it is home to the Guernica Tree, where underneath its branches, Basques were granted autonomy in the Middle Ages. On a lighter note, the city is also host to the Monday Market, one of the most important markets of the Basque Country.

Distance: About 20km from Lekeitio and 36km from Bilbao